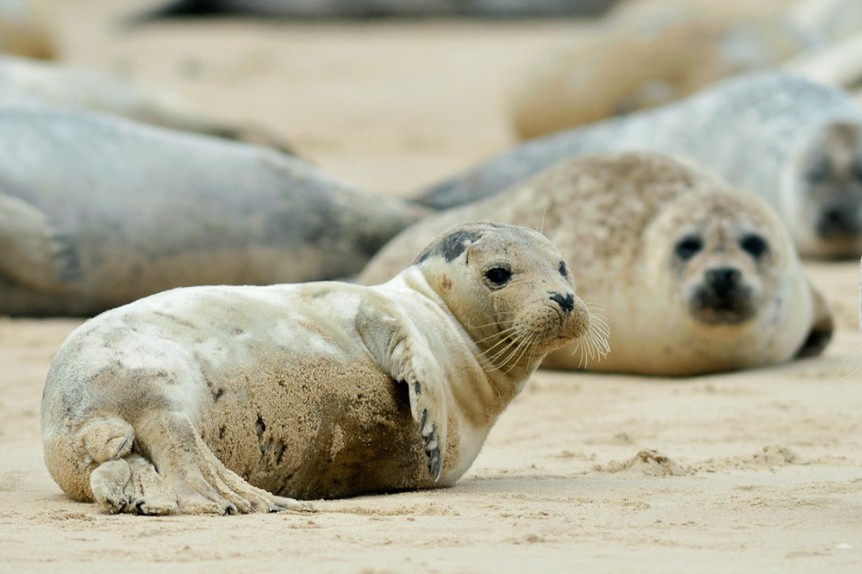 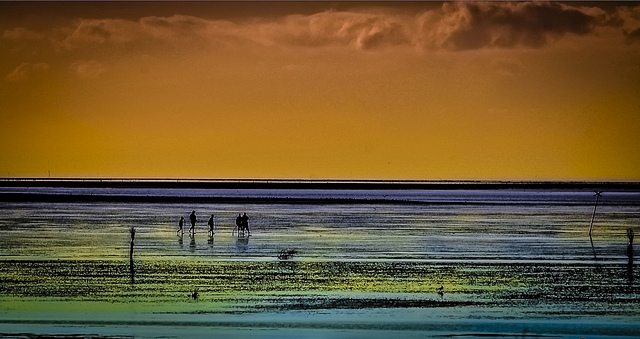 After all the weeks of international rivalries on the football pitch, here’s a story of a visionary sustainable tourism project that unites people across borders.
Nature never obeys political boundaries, and projects that respect this and address ecological issues holistically have a greater chance of success.

The Wadden Sea project spanning the nations of Germany, the Netherlands and Denmark is a great example of this.

The Wadden Sea is the largest unbroken system of tidal wetlands in the world. It is a uniquely dynamic and fragile ecosystem which plays a critical role in supporting global biodiversity. It is at the tri-junction of land, sea and freshwater ecosystems, and is rich in species specially adapted to the demanding environmental conditions. The unique ecosystem of the Wadden Sea can exist thanks to a very shallow sea shelf which gets flooded twice a day during high tide and reveals vast banks of sand and silt, interspersed with small and large canals during low tide.

It is considered one of the most important areas for migratory birds in the world. Birds also benefit from tranquillity of the area and use it as breeding, moulting and overwintering grounds. All three are stages in the life of birds that render them vulnerable to predators, and the Wadden Sea offers them a safe refuge to perform these vital functions.
Seals and porpoises enjoy the abundance of fish life in the high tide, and seal nurseries established here provide a window into the life of a curious and lovable animal. Many fish species also use the Wadden Sea as nurseries for their young.

The Wadden Sea thus serves vital ecological needs that are essential to thousands of species of life forms and is a crucial link in the intricate web of life on earth. In recognition of this and in order to encourage international co-operation in its management it was declared a World Heritage Site by UNESCO in 2009. 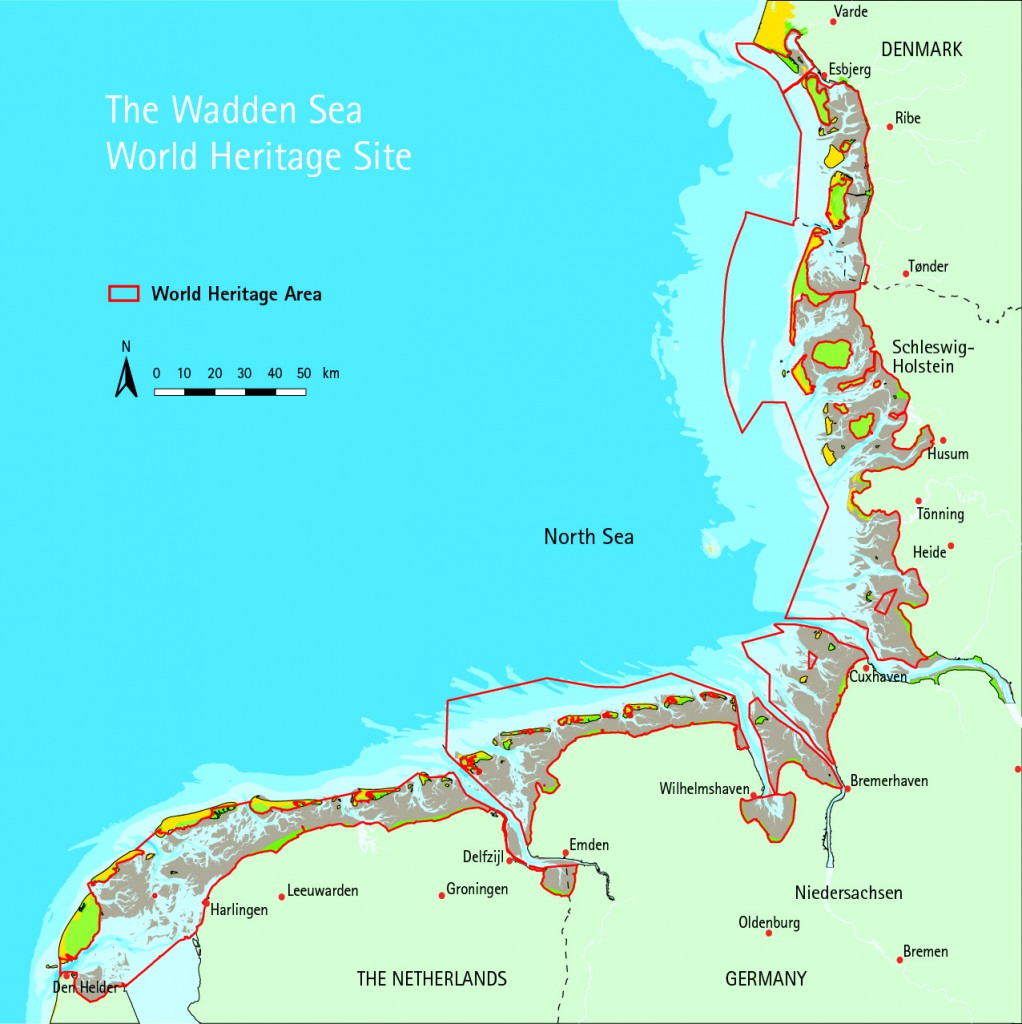 The Wadden Sea has been the site of a long term tri-nation initiative to manage a comprehensive sustainable tourism effort. Involving Germany, the Netherlands and Denmark, this is a wide ranging project that aims to preserve this region even as it improves local economies, and educates and delights millions of visitors.

The project has over 50 information centres placed throughout the region which serve as points of contact for visitors to understand and explore the area. Accommodation and gastronomy play a big role in guiding visitor preferences, and are also hugely important local businesses. The project has a vision of equipping local entrepreneurs with tools to manage businesses sustainably.

Several of the Frisian islands which are in the German area of the Wadden sea are car-free. Visitors have ample opportunities to hike the mud-flats, take horse tram rides, sing in the sands and sail on cutters to tour the area. All activities have been carefully designed to ensure that people tread lightly and that it deepens their engagement with nature.

The International Wadden Sea School (IWSS), together with the information centres, has developed a wide range of products and activities, which present the entire Wadden Sea World Heritage property as one ecological and preserved entity with a wide range of authentic experiences.

Regional networks of information centres, national parks and schools have been established for many years, including the ‘Wadden Sea School’ in the Netherlands, the ‘Junior Ranger Programme’ in Germany and ‘My Wadden Sea’ in Denmark.
An important part of this effort is to reach out to children and encourage family friendly tourism, since building these emotional bonds with young people will ensure the continuation and survival of the ecosystem well in the future.

As well as the organised information and visitor tours, there is growing interest from local entrepreneurs to provide visitors with something distinctive, tours that showcase the peculiarity and uniqueness of the Wadden Sea World Heritage site. 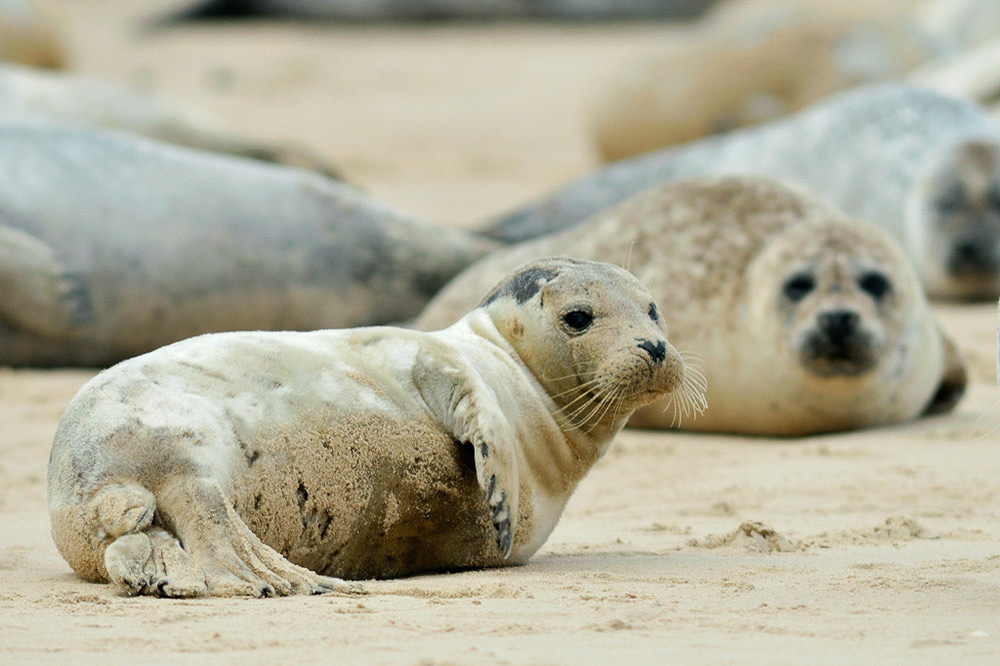 Curated experiences are  offered by the Schleswig-Holstein tourism organisation and the National Park Administration. They play an important role in visitor education and awareness. One such is the “Lists of Five”:
These include the ‘Small Five’ (the five most common benthic animals); the ‘Flying Five’ (typical birds); and the ‘Big Five’ (marine mammals, sturgeon, eagle). A booklet for children has added the ‘Moving Five’ (dynamic structures,like dunes and tidal flats) and the ‘Flowering Five’ (dune and salt marsh plants) covering the most characteristic species and habitats of the Wadden Sea.

Another popular attraction in the German Nationalpark Wattenmeer  is a sanctuary for orphaned seal pups, helping them grow up in safety and releasing them back into the wild later. These experiences help bring visitors close to the ecology without disturbing the wildlife.

These are just some of the thoughtful initiatives that are in progress. As the region and it’s climate evolve several more will be needed to address all the unique challenges that the Wadden Sea represents.
WAM TeamWadden Sea: A Unity of Purpose07.18.2014