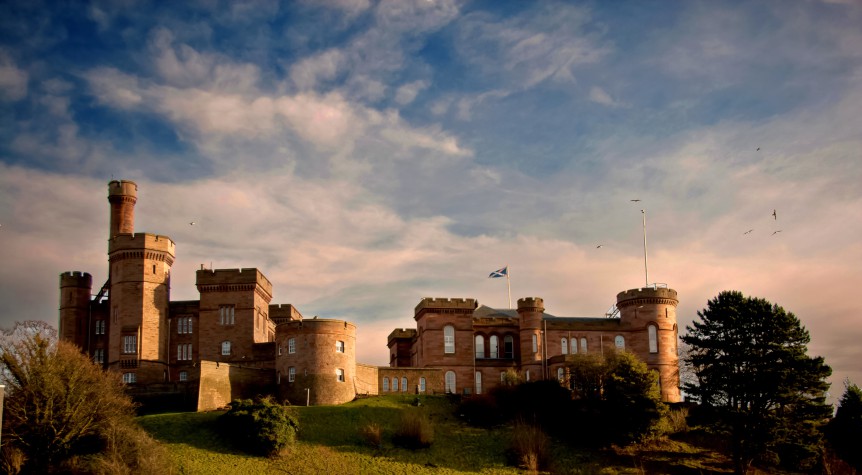 Castles in Scotland are magical and filled with history! If you go to Scotland then you’ll have to make sure you visit its impressive castles. The amazing architecture is a test to time and awaits the modern traveler. Which ones have you visited?

Stirling Castle – This castle is one of the largest and most important ones in Scotlandand was built in 1381. The North Gate is Stirling’s oldest surviving building and referred to as “the mint”. It is surrounded by steep cliffs and holds a strong defensive position. It held several coronation ceremonies such as Mary Queen of Scots in 1592. This castle was the center of art, culture and celebrity during the 16th century. In the battle of Stirling Bridge in 1297 the army led by William Wallace and Andrew Murray were able to stop a larger English force by trapping them on the bridge across the River Forth. 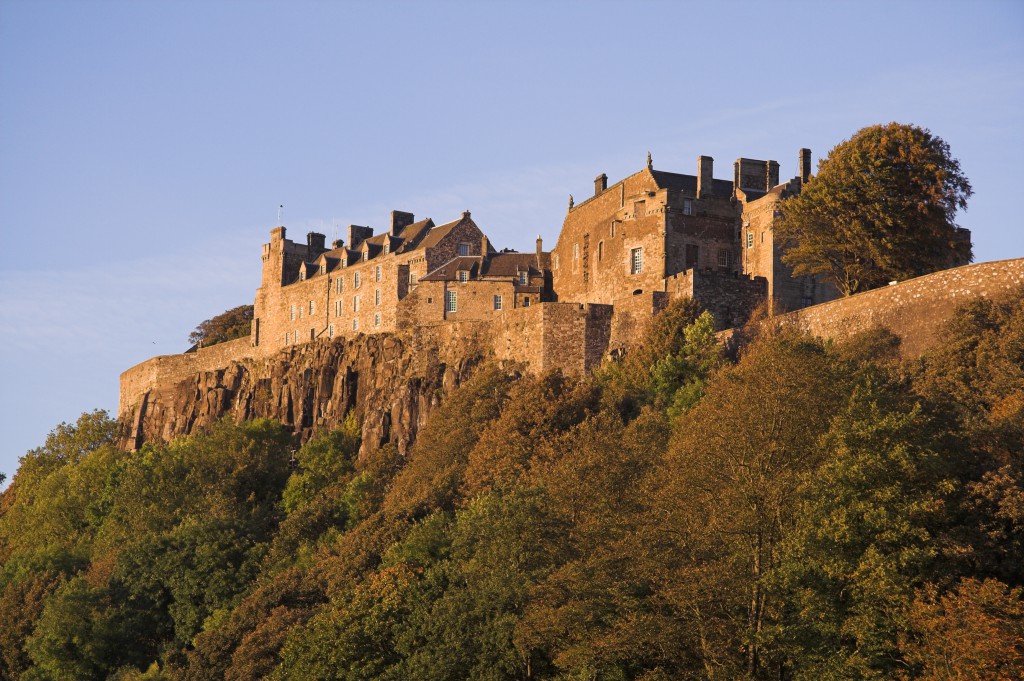 Inveraray Castle -The first stone was laid in 1746 with the designs by architects Roger Morris and William Adam inspired by a sketch by Vanbrugh, the architect of Blenheim Palace and Castle Howard in the 1700. This beautiful neo-gothic castle has a modern feel with also baroque and palladian influences, way before its time. It is situated on the shore of Loch Fyne and is a country house in the county of Argyll. It sits the Duke of Argyll since the 17th century. It is surrounded by a 16-acre garden and the estate itself has 60,000 acres.There was a fire in 1877 which originated the addition of the third floor and conical roofs on the towers in the corner.  It has home to 2012 Downtown Abbey Christmas episode. 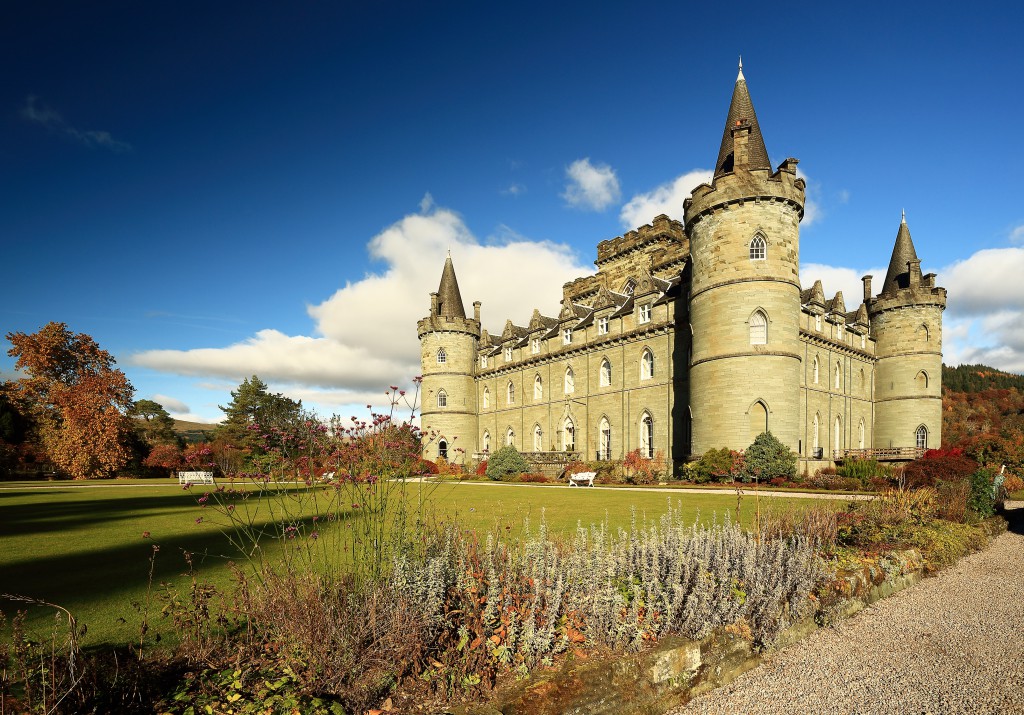 Eilean Donan Castle – It lies where three lochs met: Duich, Long and Alsh. It is very picturesque and usually features in film and TV. Initially inhabited in the 6th century it was later fortified in the 13th century by Alexander II in an effort to protect the area from Vikings and guard the Kintail lands. Bishop Donan chose this tranquil stot to settle back in 634AD and create his monastic cell. It has been re-built several times during Scotland’s history. It was partially destroyed in a Jacobite uprising during 1700 and it was in ruins for 200 years until Lieutenant Colonel John MacRae-Gilstrap purchased the island in 1911. He was able to restore the castle and after 20 years of work it was re-opened in 1932. 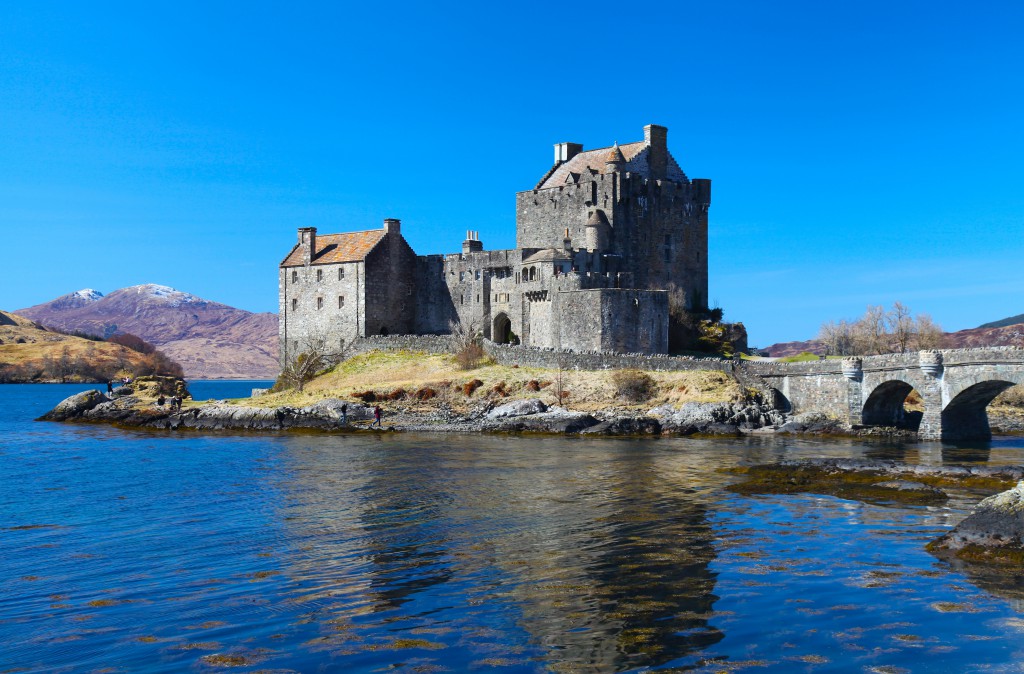 Blair Castle – This castle dates from 1269 and it has received numerous transformations through the years. It started as a medieval strategic outpost during political struggles, later became a beautiful Georgian mansion and then transformed into a Victorian castle with the baronial style. You can see these influences in the 30 rooms available for display. Situated near the village of Blair Atholl in Perthshire this castle was taken by Oliver Cromwell’s army following the invansion of 1650. During 1844 Queen Victoria and Prince Albert stayed at Blair castle and after this gave permission to establish the Atholl Highlanders, which the castle now provides garrison, a private army of the Duke of Atholl. 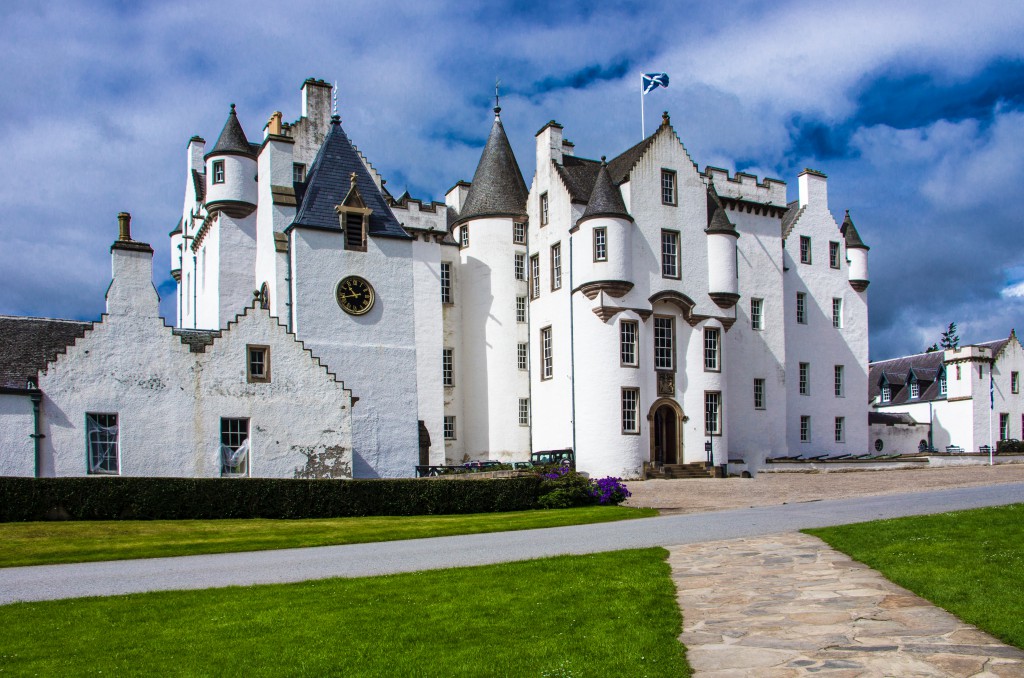 Balmoral Castle – Situated in the village of Crathie is has been a residencial home of the Brisith Royal family. It started as King Robert II hunting lodge in the 14th century. Its architecture is Baronial and it can be visited through April – July.The architect was William Smith of Aberdeen although the designs for the castle were amended by Prince Albert. Queen Victoria wrote on her journals about the castle: “All seemed to breathe freedom and peace, and to make one forget the world and its sad turmoils”. 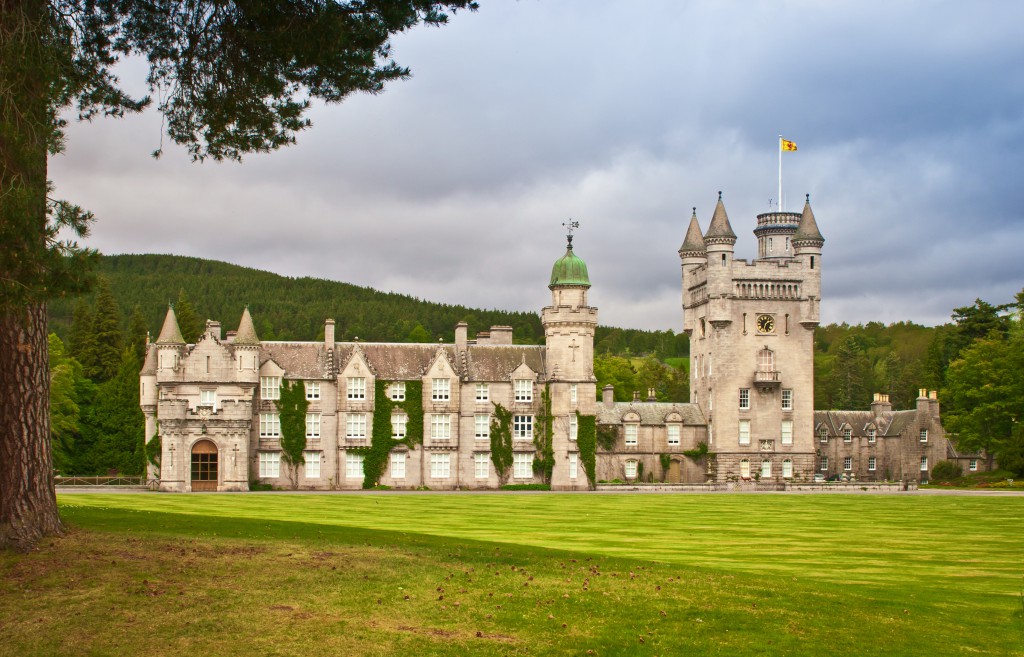 Culzean Castle – This castle started construction in 1777 and has since 1987 been feature on the reverse side of 5 pound notes from the Royal Bank of Scotland. It originally belonged to Robert the Bruce. It holds one the world’s largest collections of swords and pistols and possesses a 600-acre park.Marquess of Ailsa made it its home when the was the chief of Clan Kennedy. The castle is rumored to be haunted by at least seven ghosts including a piper and a servant girl. This castle was used as the castle of Lord Summersisle (played by Christopher Lee) in the 1973 cult film The Wicker Man. 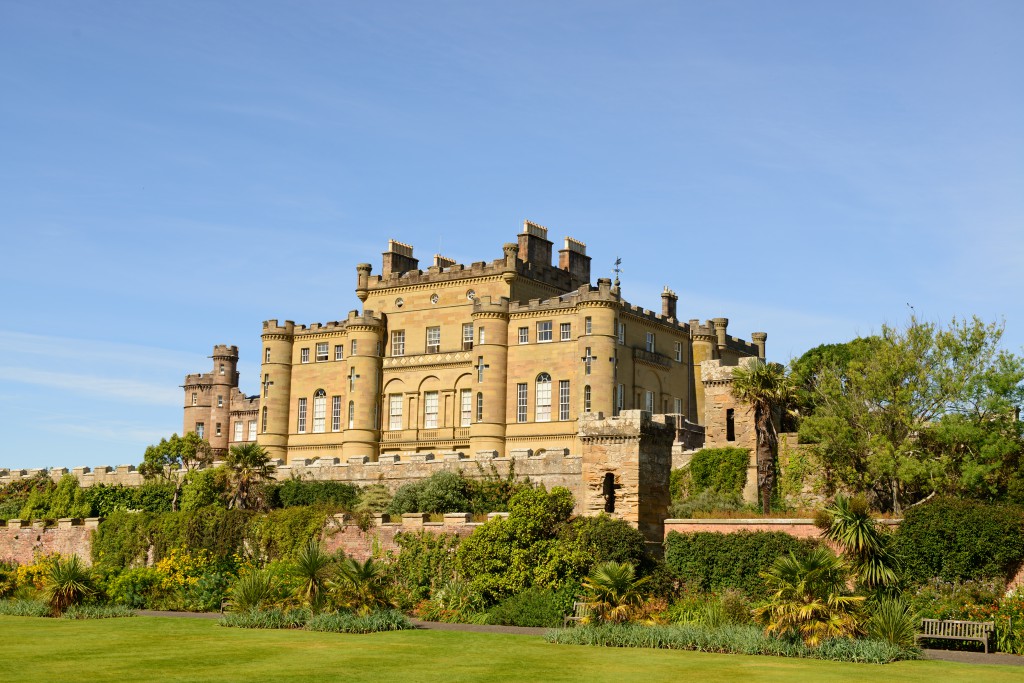 Inverness Castle- The present castle was built in 1836 by architect William Burn, although a succession of castles has stood on this site since 1057. Today it houses Inverness Sheriff Court. The first castle was build in the 11th century and destroyed by King Robert I, there is only a curtain wall remaining for that period.  In 149 the castle was occupied during the Raid on Ross. It is said that this castle also inspired Shakespeare to write Macbeth and is the site of Duncan’s character murder. 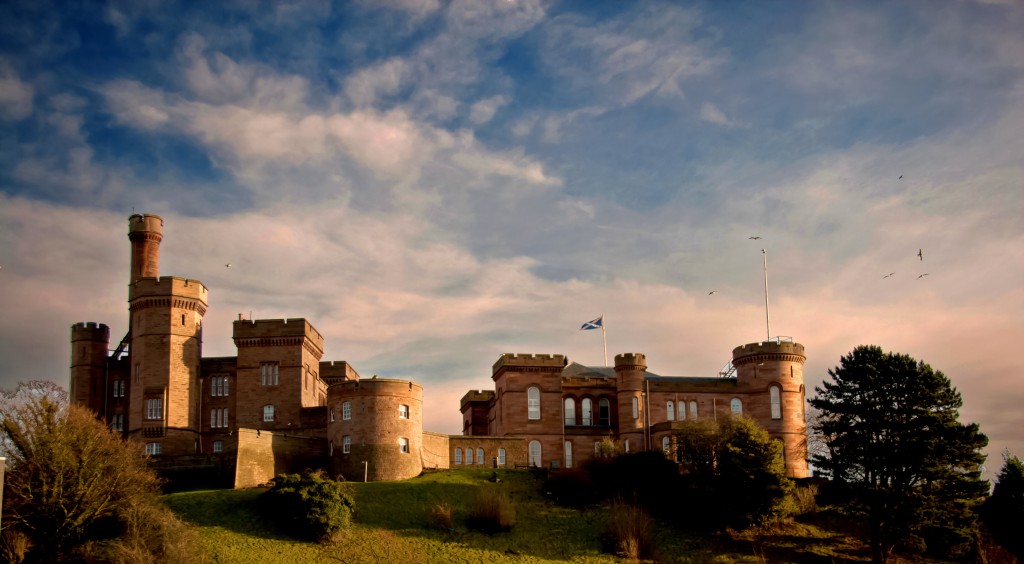 Edinburgh Castle– This castle is well known and situated in the center of Scotland’s capital – Edinburgh. The oldest part of the castle, its fortress dates from the 12th century. It is perched in Castle Rock on top of an extinct volcano. The castle was home to many Scottish monarchs. They include Queen Margaret (later St Margaret), who died here in 1093, and Mary Queen of Scots, who gave birth to James VI in the Royal Palace in 1566.In 1600 the castle became a military base and some buildings were re-built to accommodate that, it became a huge garrison and jail for war prisoners. Now it holds the Scottish Crown Jewels, the Stone of Destiny, the famous 15th century gun Mons Meg, the One O’ Clock Gun and the National War Museum of Scotland.

Glamis Castle – Glamis castle dates from 1372 and is situated in Angus.Mary Queen of Scots and her entourage visited in 1562 when the East Wing had a main Tower which was added in 1435. The castle was then a fortified court. The thaneage of Glamis was granted to Sir John Lyon by King Robert II of Scotland in 1372. This castle is perfect for ghost hunters as it is one of the most haunted castle in Britain. This is the place where the Ogilvie family was in hiding and starved to death. It is said to have inspired Shakespeare to write Macbeth. 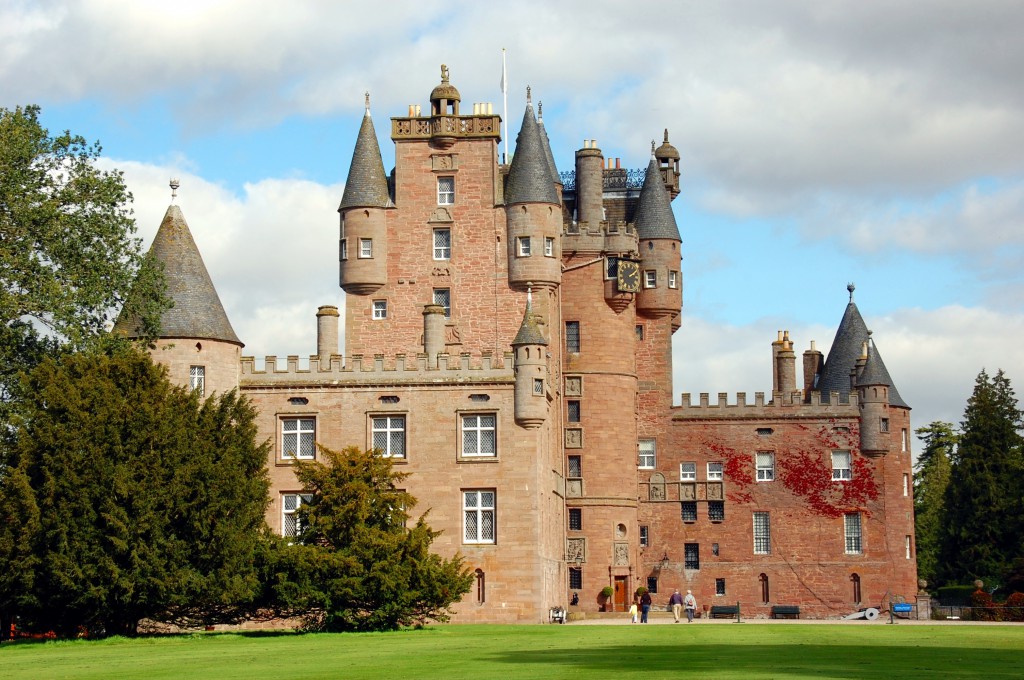 Urquhart Castle– This castle was once the largest in Scotland, unfortunately only the tower house remains. You do however have a magnificent view of the Loch Ness. Urquhart castle was relevant in the Wars for Scottish Independence in the 14th century and was held as a royal castle, raided by the MacDonald Earls of Ross.This castle has changed hands between British and Scots as well as between Scottish clans. It was blown up in 1692 so it wouldn’t be used as a military stronghold again. 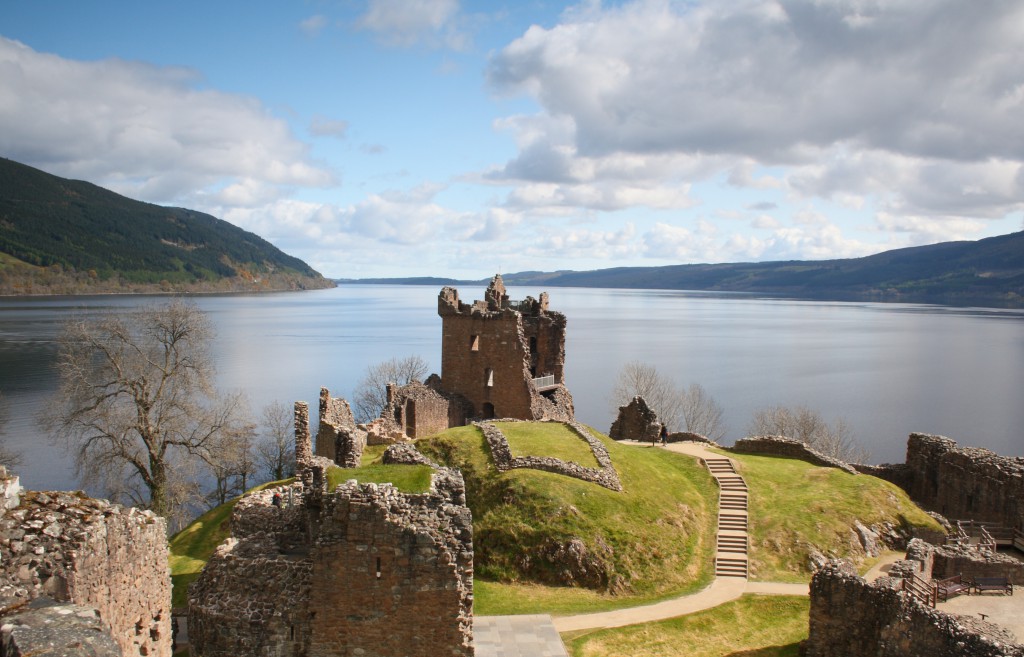